I recently finished a new Python program, wayback-machine-archiver. See my recent post for details. It supports many different versions of Python,1 which required me to automate the build system. I needed my build system to:

Running a bunch of tests, and then deploying your software is exactly what Travis Stages were designed for. There was just one problem: I couldn’t find a good example of how to do it with multiple Python versions. This post will explain how to do it.

Here is the full Travis Configuration file. I’ll go through a simplified version below that covers just the essentials:

We start by setting up the Python versions to use for testing:

This will run tests in parallel on Python 2.7, 3.7, and Pypy3. Python 3.7 is only supported on Ubuntu Xenial, so we set that as the dist. I removed a bunch of version for clarity; to add more, just write them in the list.

Next, we tell Travis how to set up the environment and test the code:

This installs the dependencies, runs the unit tests, makes sure we can pip install the package, and finally runs a quick “smoke test” on the installed package.

After the tests succeed (and only after) we build the Pypi package:

This defines a new stage to build the package in 3.7 and then deploys it to Pypi, but only if it is the master branch on a tagged (from git tag) release.

Which gives us this:2 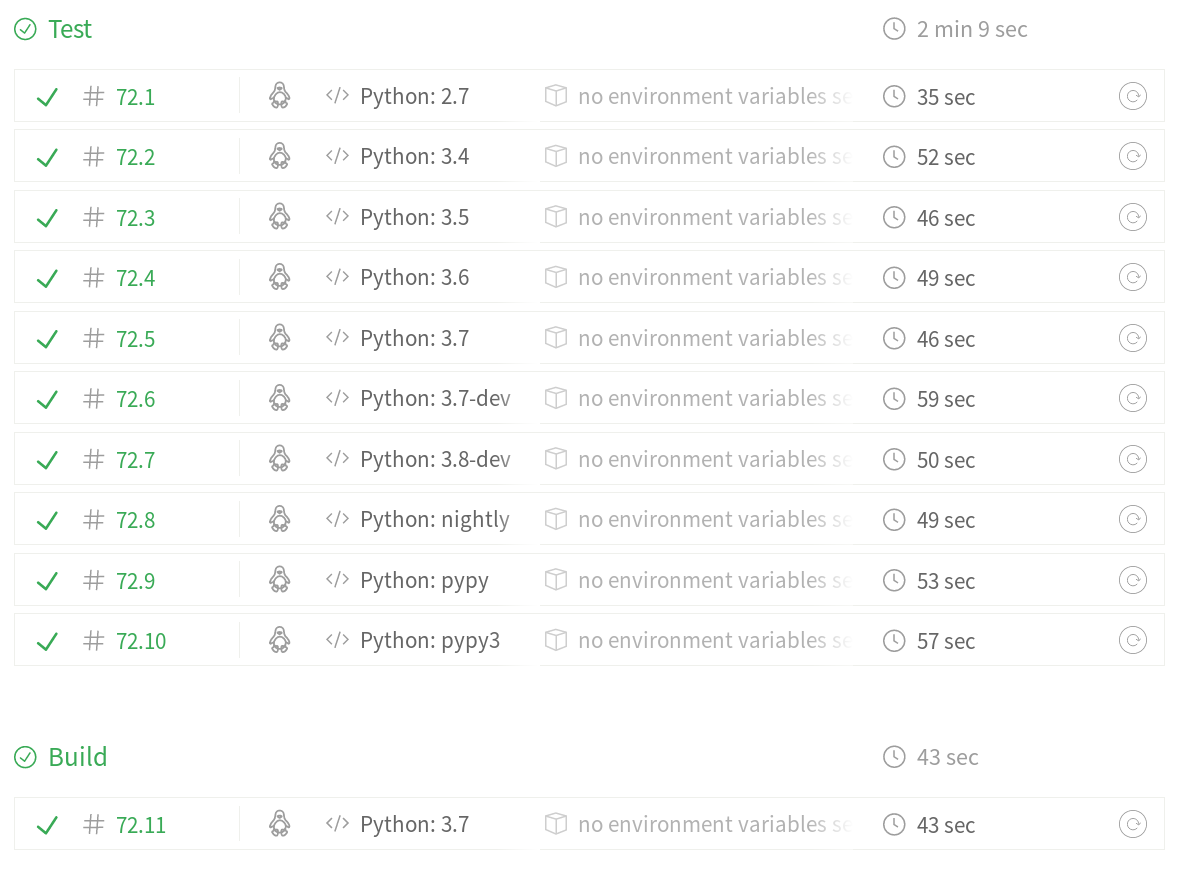 I hope that helps you set up your own Python packages for testing and deployment! In the future, I hope to migrate to Github Actions, but that is for another time.

Python Patterns: Map and Filter
For loops are great, but I am a big fan of replacing them with simple functions. Python provides a couple of building blocks.